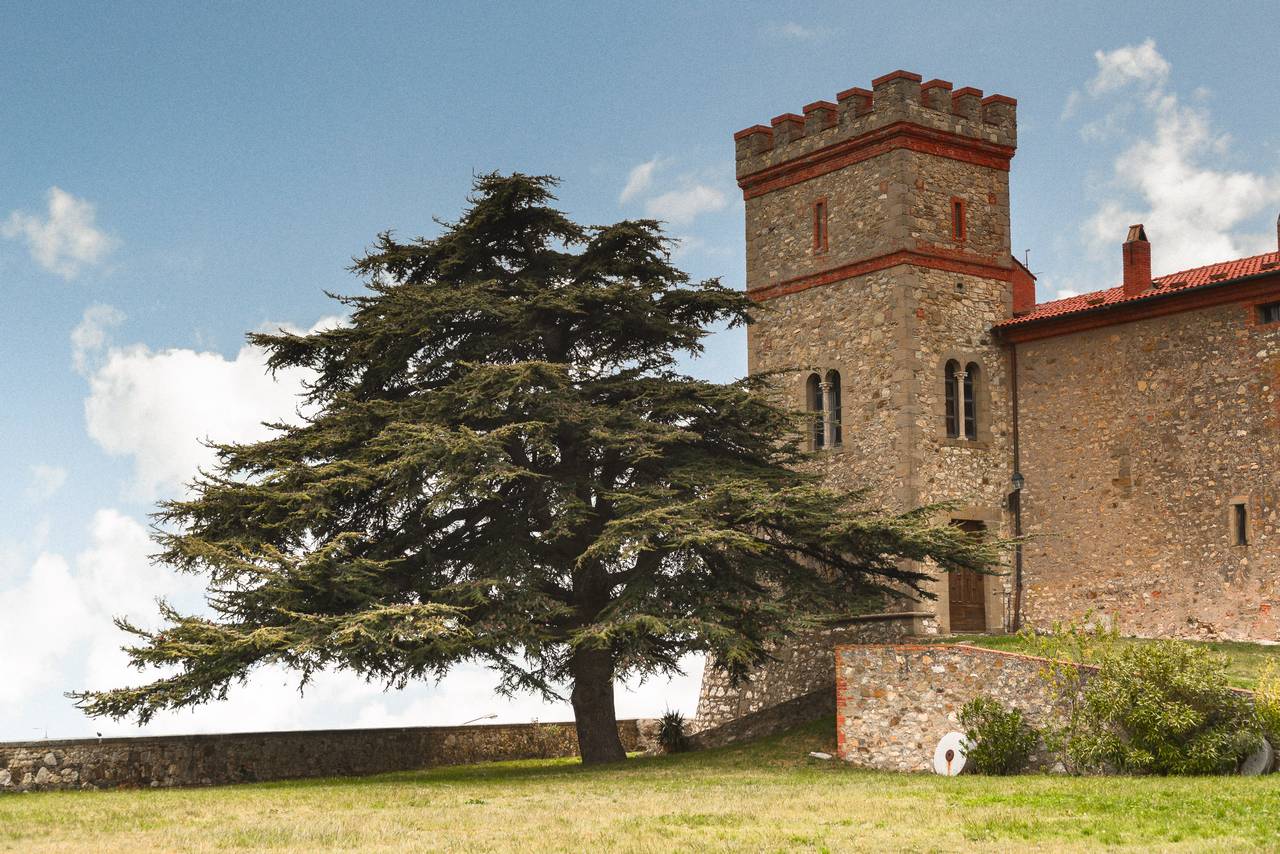 The castle
Dominion of the Aldobrandeschi, the castle passed under the control of Ranieri Giamboni who in 1231 gave it as a pledge to the lords of Montorgiali.

The following year Castiglioncello was sold to the abbey of San Salvatore al Monte Amiata. After several vicissitudes it became the property of the Piccolomini – Bandini di Siena family.

A round tower with a scarp base surmounted by a cordon on the south side remains of the ancient castle. The current building is the result of a complete makeover, but the foundation seems to refer to the sixteenth century.

On a map of 1326 it appears with the denomination of San Nicola “de Castiglioncello Torti”.
Later it was annexed to the parish church of Porrona.

The church remained under the jurisdiction of Porrona until 1580; in that year Francesco Bandini, archbishop of Siena, in homage to his family, the local lady, wanted it to be built as a parish church and made independent.

The apartment with entrance directly from the garden is on o(...)

The apartment on the ground floor with entrance directly fro(...)